It's About Time for an Update

We're two months in to our new home in Prescott. Furniture acquisition has been intense, lots of assembly required and cardboard to dispose of. We're pretty much done with that phase. There have been a few new appliances, lots of new blinds, a new roof is coming soon. Interior painting is ongoing.

We spent Christmas in San Diego and brought back a LOT of artwork that had been stored for over six years. We had way more art stored than we remembered...now the place really looks and feels like home.

Our yard is full of a variety of native oaks and young pinyon pine but had been neglected for some years. We've been tackling it in bits, hauling heavy loads of yard debris to the local transfer station. We're using muscles we haven't used in years!

We've got a lovely view out most of our windows overlooking a bird paradise where we've seen no less that a dozen types of birds passing through in waves all day.

Here's a few photos from the past couple of months.


We arrived home from San Diego the night before a good snow storm...5" in 24 hours. We were excited to be home for our first snow, it was awesome! 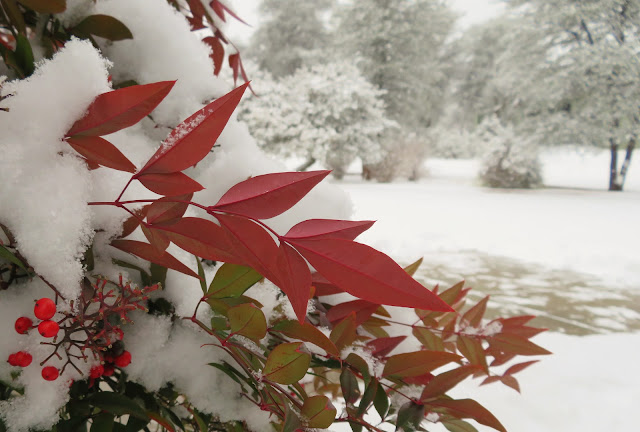 Before we picked up our stuff from San Diego we wondered how we would fill the shelves below and other built-in shelves in the house. It turned out not to be a problem... 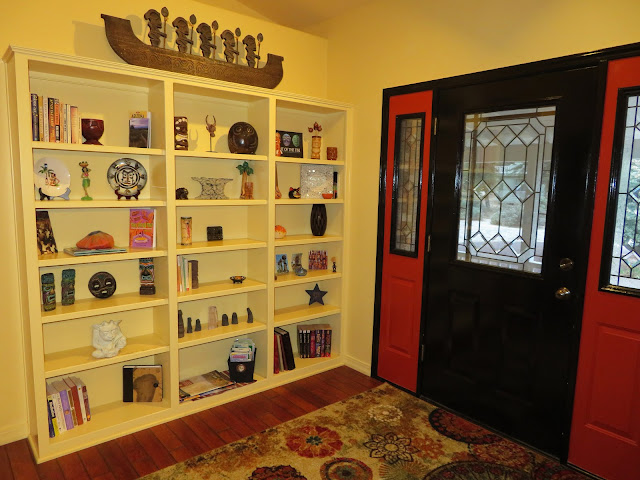 We got in another hike before a second snow storm, this time among the boulders at Willow Lake.

This transition from RV to house has felt more overwhelming than the previous move from house to RV. That's probably because we had no furniture and the place felt so big and empty when we first arrived. Now that it's full of new furniture and our personal items from storage it feels like home.

That's the latest from Prescott. Cheers!
Posted by Metamorphosis Lisa at 5:53 PM 22 comments: