We've been in Prescott for over three weeks now. We're grateful summer seems to be over and the daytime temps are now in the 60's, making our daily hikes really pleasant. Hurricane Rosa came through and drowned some parts of AZ but Prescott only got enough rain to keep the dust down for a little while.

We remain in a holding pattern on the house search, waiting for something interesting to come on the market. We've discovered that it's pretty easy to find a good sized lot and home, at a good price, with excellent RV parking out in Chino Valley, about 10 - 15 miles north of Prescott...we just don't know if we want to be in Chino.

Here's a look at some of what we've seen and done in the past week or so... 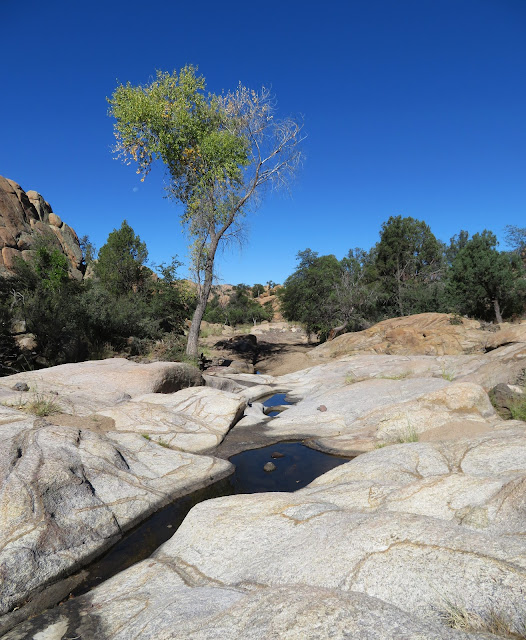 That's the latest from Prescott!

Our second week in Prescott has been filled with hiking (as usual) and exploring various neighborhoods to learn what parts of town we'd like to live in. We've looked at a few houses but none have been The One. Now it's a waiting game to see if anything interesting comes on the market.

Hans has also played pickleball a couple of times at the outdoor courts at Pioneer Park where there are eight brand new, dedicated pickleball courts with plans to add four more. We like that Prescott takes their pickleball seriously!

One of the more interesting hikes we did this week was a six mile out-and-back hike to Quartz Mountain, aka White Spar. From the Aspen Creek trailhead we took pretty forested trail #48 to sunny exposed trail #9415, to #9415A which got us up onto the unique quartz formation.


We enjoy hiking from the Williamson Valley trailhead and one day decided to hike trail #308 as far north as we felt like going before turning around and finishing up with a loop back to the TH via trails 345 and 347...about a 5.5 mile hike.

As we headed north on trail #308 we crossed Mint Wash and entered terrain burnt in the 2013 Doce Fire. Granite boulders became part of the landscape and, much to our surprise, we came to a small stream flowing down the mountain.

Once the stream hit Mint Wash it quickly disappeared into the sand. An old timer on the trail told us this stream usually only runs after a good snowfall or a heavy monsoon season like they had this year. What a delight to find water in the high desert when you least expect it! 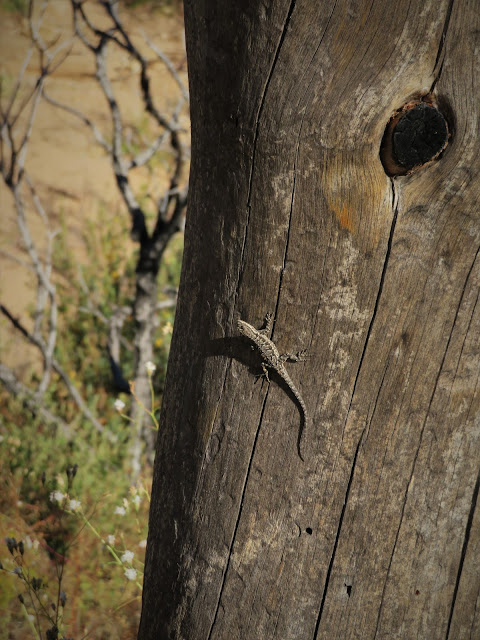 We're still experiencing unseasonably warm temps so more forest hiking is in our near future, but if the weather guessers are right things will get a little more comfortable next week and maybe even a little bit wet...we shall see. 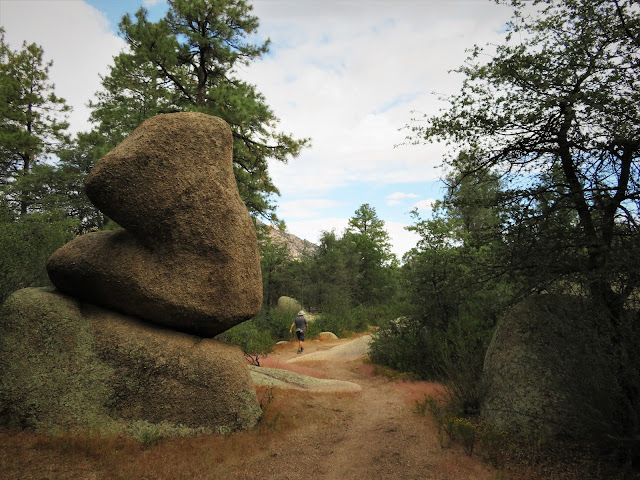