Making Our Way Down the Oregon Coast and We've Been on the Road for Two Years!

Summer may be winding down but you wouldn't think so along the Oregon coast. The State Parks are still full on the weekends as folks try to grab some beach time before the rainy season sets in. That's why we made sure to make reservations at several State Parks well into the month of September.

A couple of weeks ago when reviewing our upcoming reservations we discovered we'd missed a single night, a Friday night no less. Fortunately we found a site large enough for our 5th wheel at Fort Stevens State Park, conveniently located between Long Beach, WA and our next stop Nehalem, OR, for the one night.

We packed a lot into our 24 hours at the Fort! A 2.5 mile hike around Coffenbury Lake. A sunset drive to see the wreck of the Peter Iredale on the beach. A 17 mile bike ride that included the tip of the peninsula to view the mouth of the Columbia River as well as a visit to the historic military sites in the park. There are extensive bike paths throughout this enormous park that take you through beautiful forest and salt marshes. This turned out to be an excellent stop over and would be worth a return visit. 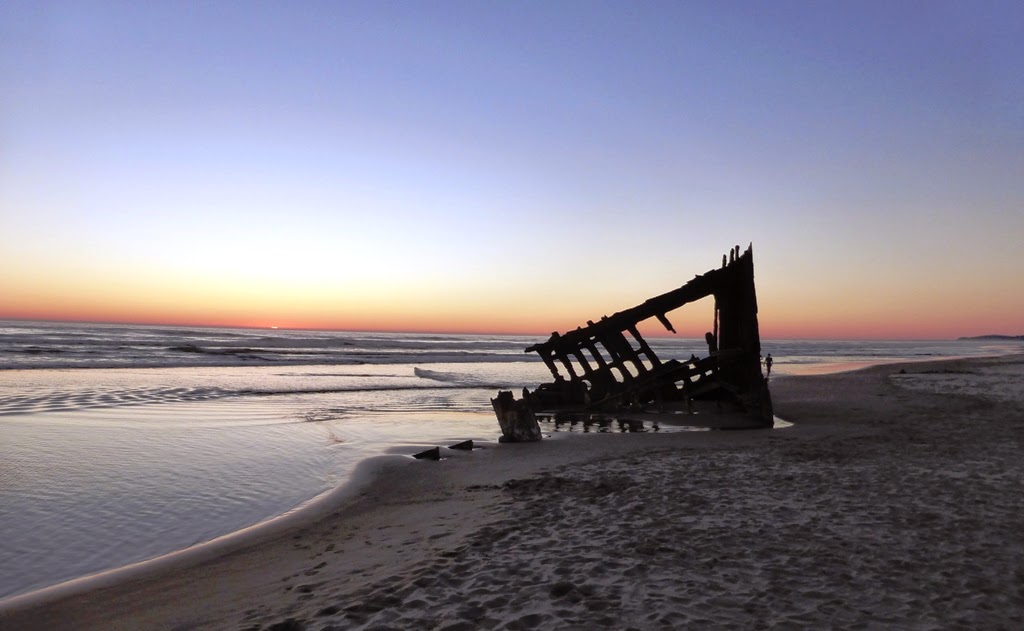 We've spent the last few nights at Nehalem Bay State Park. For our first outing we wanted to make a loop hike out of the peninsula we are camped on. Bordered on the West by the Pacific Ocean and on the East by the Nehalem River, the peninsula is four miles long and is home to deer and elk, we even saw a sign about a recent bear scat sighting.

We ended up hiking 7 miles, a lot of it on sand (both hard packed and very soft), plus some bushwacking when the shore disappeared along the river or near the jetty. We did see fresh elk scat, but unfortunately no animals in the flesh. It was a tough 7 miles, but we really enjoyed the bushwacking and wayfinding parts! 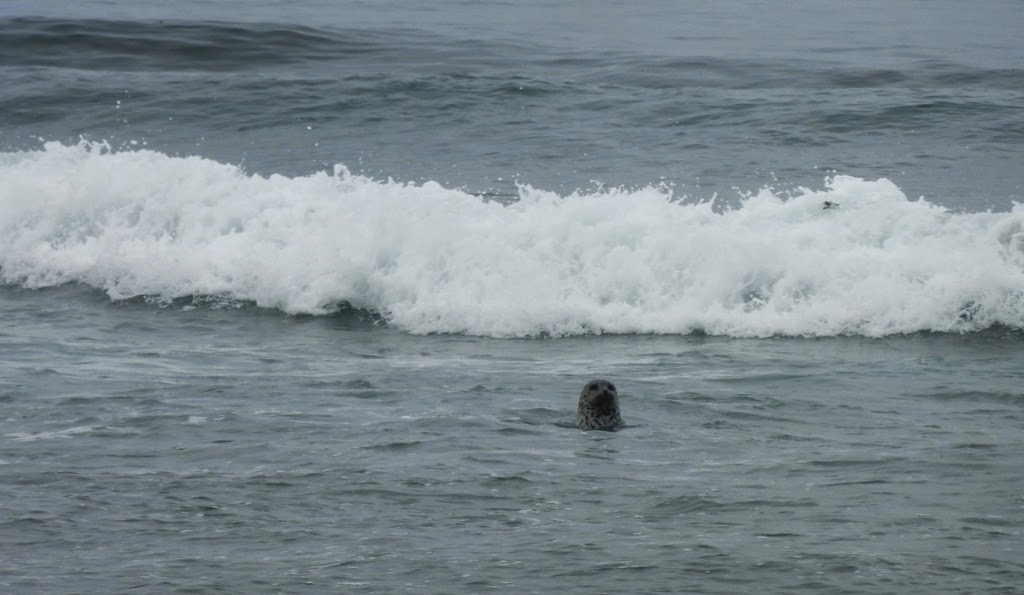 Our friends Dennis and Sheryl met up with us at Nehalem and we got to meet their new puppy, Phoebe.


The four of us took at hike at Oswald West State Park, just a few miles North of our campsite. We first checked out the beach at Smugglers Cove then took the Cape Falcon trail hoping the foggy, drizzly conditions would clear up by the time we reached the viewpoint.


We took a drive into Tillamook one day, stopping along the way to do a little hike at Kilchis Point Reserve. This is a new reserve and trails are still being built but we were able to walk a couple of miles through pretty forest and out to the edge of Tillamook Bay. Lots of interpretive panels on these easy walking trails.


In Tillamook we visited the famous cheese factory and enjoyed reading about the history and process of cheese making...and noticed most people went straight for the free cheese samples without even stopping to read the information panels! The place was packed and very touristy. 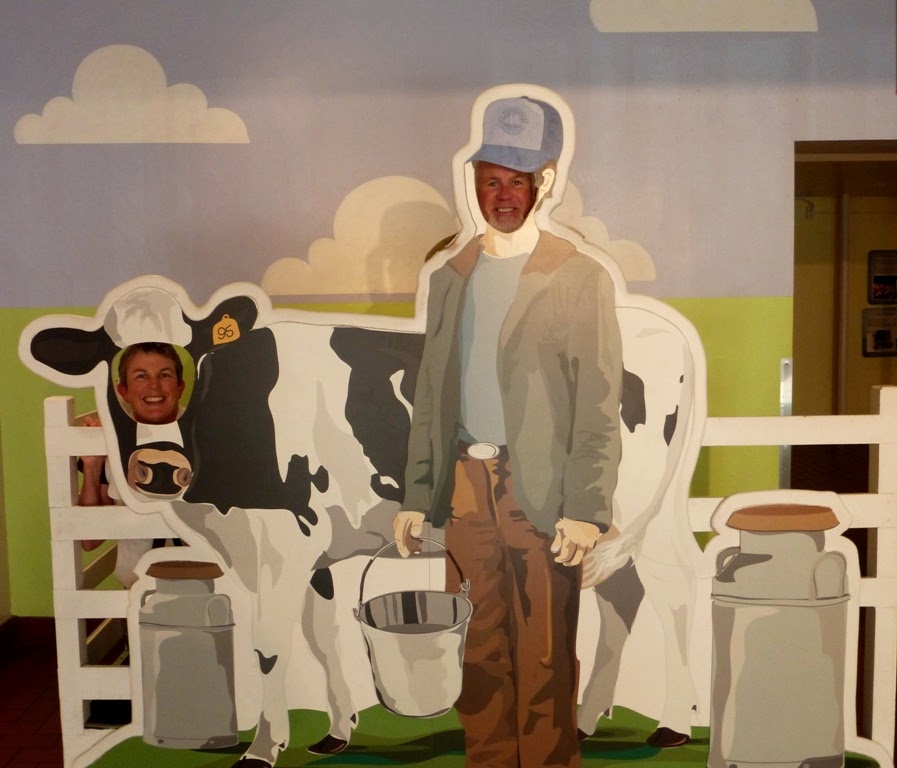 We also visited the much nicer Blue Heron French Cheese shop, where there are plenty of samples plus wine tasting. During the drive between our campsite at Nehalem Bay and Tillamook we passed the charming towns of Nehalem and Wheeler...in retrospect it might have been more pleasant to walk those two cute towns than deal with the crowds in Tillamook!

Our last full day, today: September 10th, is our two year anniversary as full time RVers! What a blast we've had these past two years and no end in sight yet. Today was no exception. We started the day with a hike up Neahkahnie Mountain.

Neahkahnie tops out at 1600 feet and can be accessed from two trails. We chose the shorter 3 mile round trip South trail with 900 ft elevation gain. It's a relatively easy ascent through beautiful coastal forest to a viewpoint, just below the rocky summit, looking South over the quaint town of Manzanita and Nehalem Bay State Park.

Afterwards we celebrated our On-The-Road Anniversary with an excellent lunch at San Dune Pub in Manzanita. Seriously good Chipotle Bacon Burger and Sweet Potato Fries, plus we tasted the Fort George Vortex IPA for the first time and it is a winner!

Nehalem Bay has been a wonderful stop and tomorrow we continue our coastal crawl, moving on to South Beach State Park. Here's a few more shots of this beautiful place we got to call home for a few days. 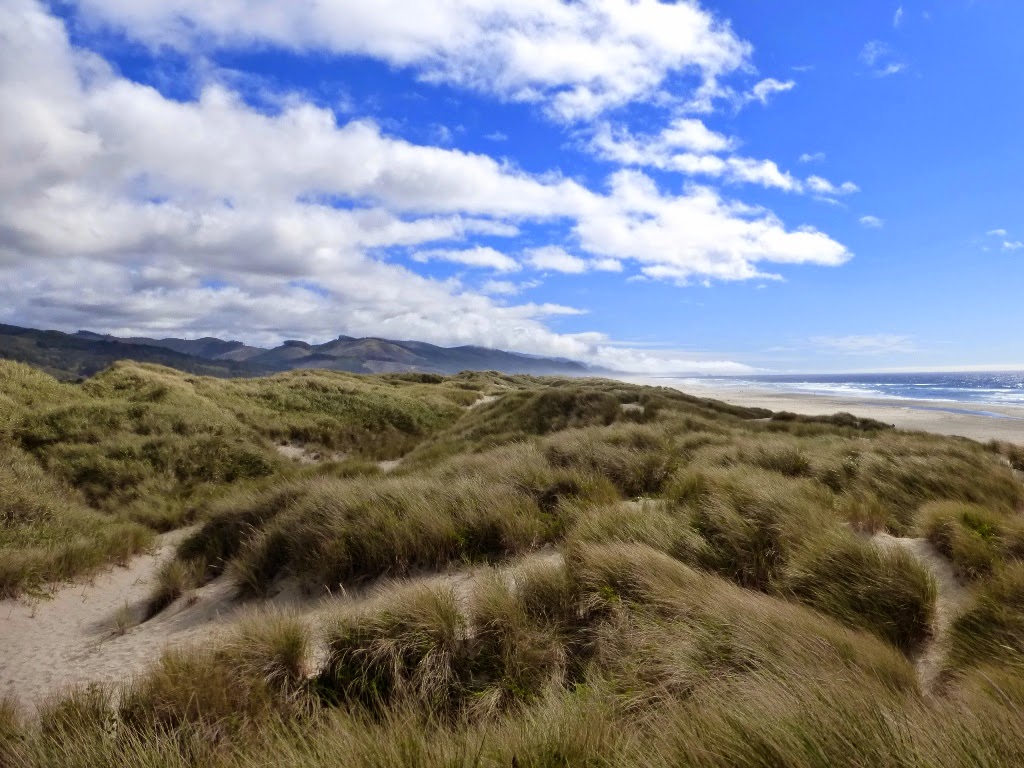 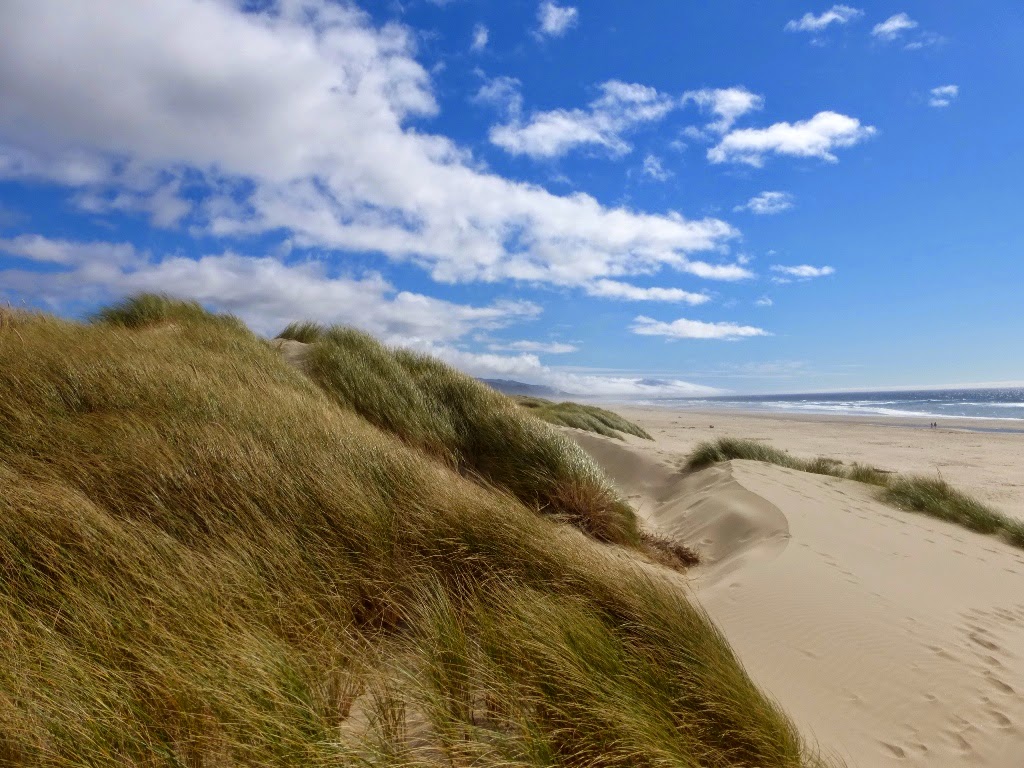 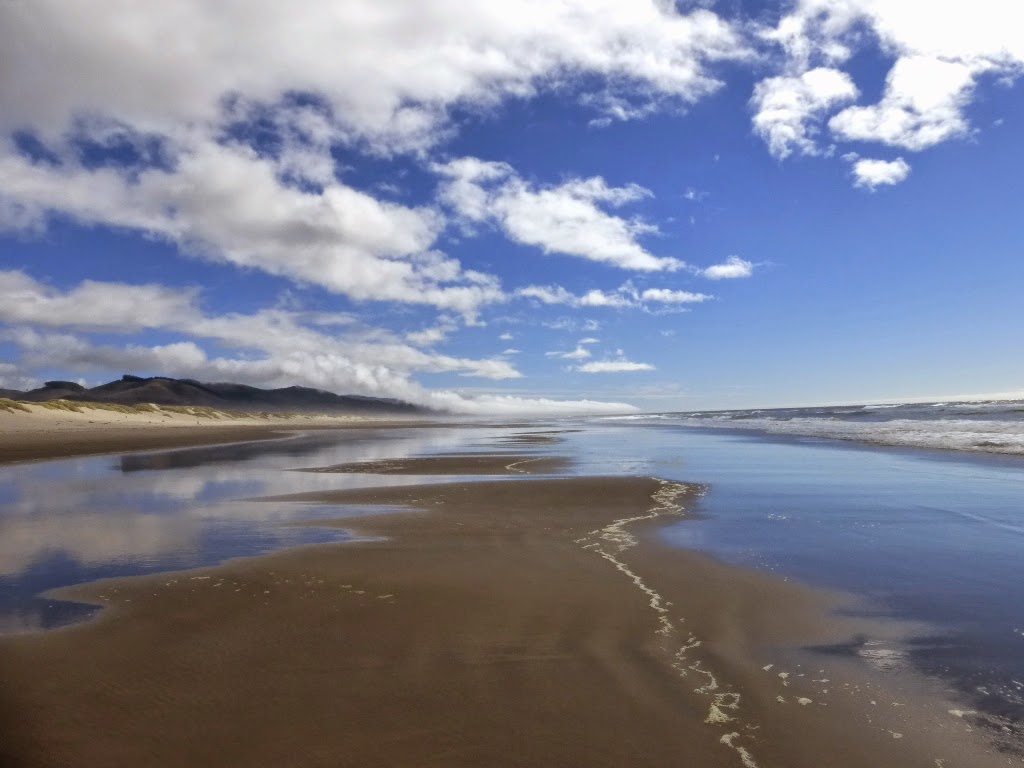 Posted by Metamorphosis Lisa at 4:13 PM