A Visit to the Rugged and Remote Lava Beds National Monument

We've spent the last three nights in what has felt like the most remote area of Northern California: the tiny "town" of Tionesta, CA, just 14 miles from the South entrance of Lava Beds National Monument. The only store in Tionesta is now closed and the closest fuel station is about 25 miles North in Merrill, OR.

Eagles Nest RV Park has been a wonderful home base for our explorations, with its friendly owners, lush green grass in a very peaceful setting and excellent 4G Verizon signal (there's a tower on the hill behind the park). There are 20 full hookup sites at $22/night plus electric. Pay when you leave and there is no checkout time.


Lava Beds National Monument lies on the Northern flank of Medicine Lake Volcano. This shield volcano has erupted many times over the last 500,000 years, the last time about 950 years ago, and is tectonically still active.


There are over 700 lava tube caves in the Monument and about 20 of them have been developed for the public to explore. The developed caves are designated as Least, Moderate, and Most Challenging so you can determine which ones you'd like to explore. Caves can also be closed at any time due to the presence of bats and protection of their nesting habitats. We explored just a couple of the easy caves due to bat closures and not wanting to crawl into any of the more extreme caves. 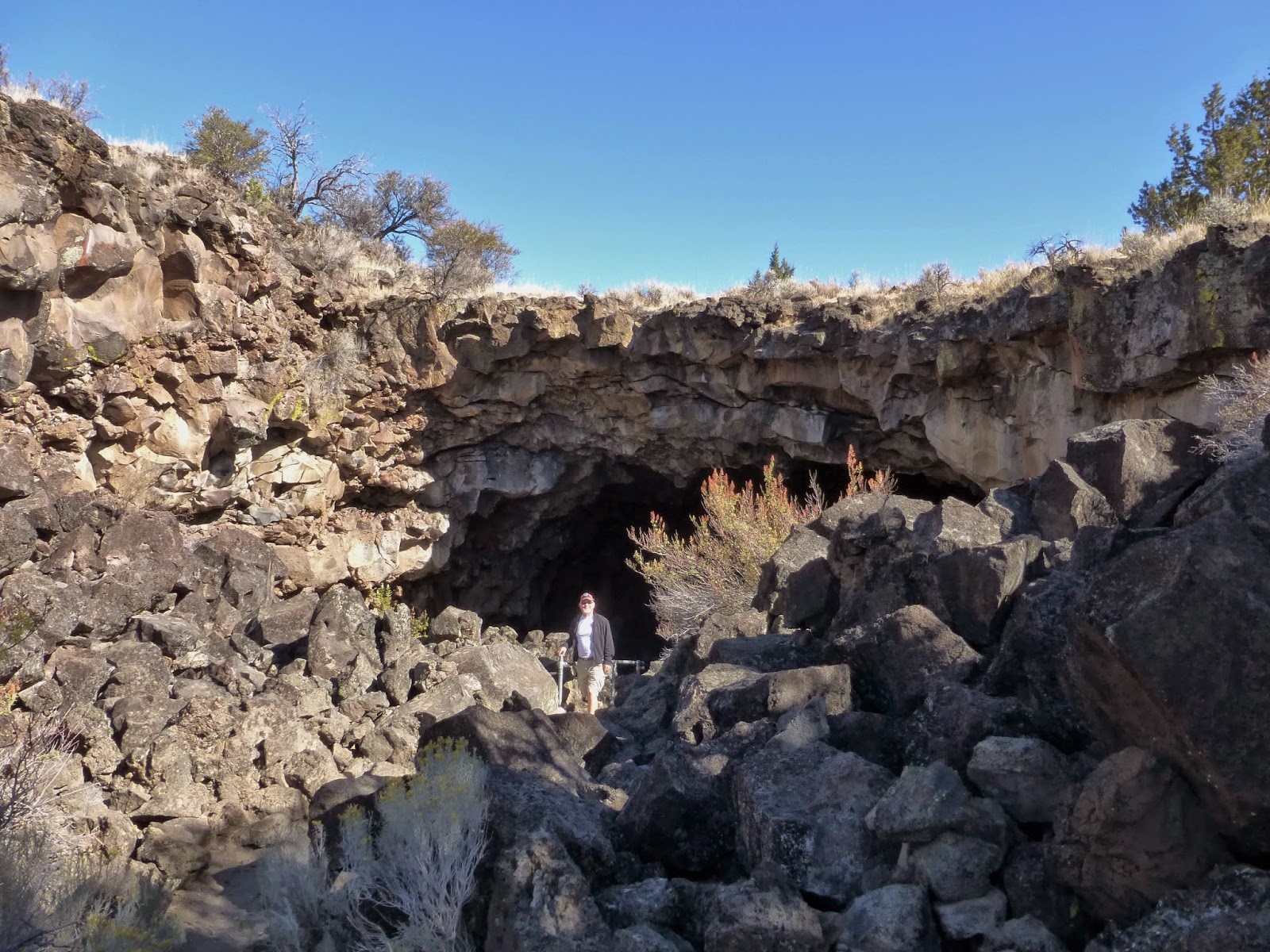 A part of the Monument that turned out to be more interesting than expected was Captain Jack's Stronghold, named after Modoc Indian leader, Kientpoos, aka Captain Jack.  It is the site of the 1872 - 1873 Modoc War, in which the Modoc Indians made a valiant attempt to hold onto their land. At one point 60 Indian warriors managed to hold off 600 soldiers.

A trail takes you through the natural lava fortress that the Modoc knew so well. Interpretive signs describe how the Indians used the lava fissures and small caves to fight for their homeland. It is a fascinating and sobering walk through history.


Another day we drove to Medicine Lake, which lies in the former shield volcanoes crater. We spoke to a fisherman (who had caught his limit of rainbow trout) who told us the lake is 150 feet deep at one point and also contains thermal vents. There are four campgrounds around the lake with some really wonderful looking dry sites (water and pit toilets only), though not very many sites that could hold large rigs.


Glass Mountain, an obsidian flow, is another stop you can make on the road between Medicine Lake and Tionesta, CA, but we bypassed it on this trip, having been to the Big Obsidian Flow at Newberry Volcanic National Monument last year.

We walked up the hill behind Eagles Nest RV Park and took the road a little over a mile to the top of Timber Mountain, where there is a fire lookout and expansive views of the area.


Atop Timber Mountain we found a group of ham radio enthusiasts who were participating in an annual test between California operators and Canadian operators. We also got to visit with the contracted fire lookout person up in the tower. She has been working this tower for 30 summers and has noticed that animals no longer come to the area and birds do not land on the communications towers...makes one reconsider working so close to such devices.


Today we meander South to Susanville for a couple of days. Fall is definitely in the air, even though the days are pushing 80 we had a 28 degree morning recently, so we are in search of some fall color as we continue our travels.

Posted by Metamorphosis Lisa at 11:46 AM