During our 2007 road trip to Moab, Hans and I spent a lot of time in Arches National Park. From the moment we entered the park I fell in love with its unique landscapes, colors and textures and knew there was no question, I must return someday. Eight years later, now retired (YAY!) and living on the road (double YAY!) we are back.

We decided to repeat hike the longest (and best) trail in the park: the Devil's Garden/Primitive Trail loop. It's a little over seven miles and took us down into and on top of the sandstone fins and among several arches. Starting out early in the morning the Primitive half of the loop was devoid of people, our return through Devil's Garden was just the opposite. Oddly, when we visited in late April 2007 we saw only a handful of people on the entire loop!

First a few photos from the road to Devil's Garden...


And now we'll take a hike along the Primitive side of Devil's Garden... 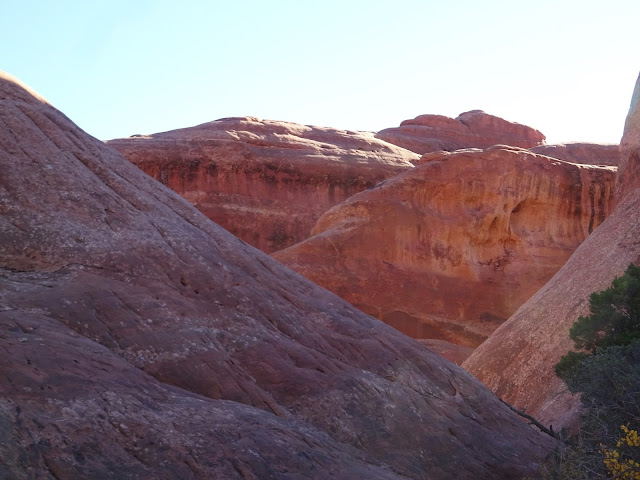 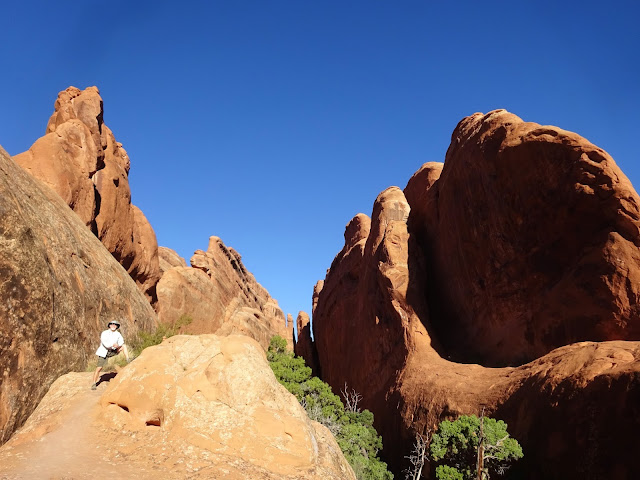 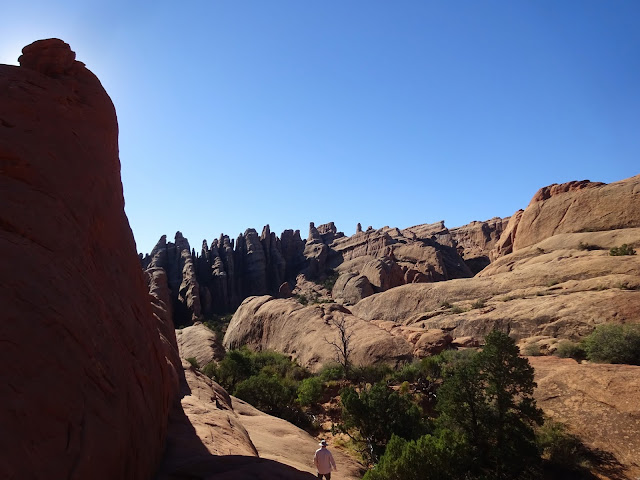 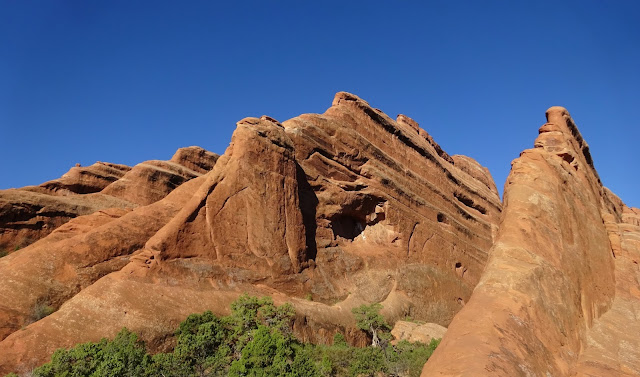 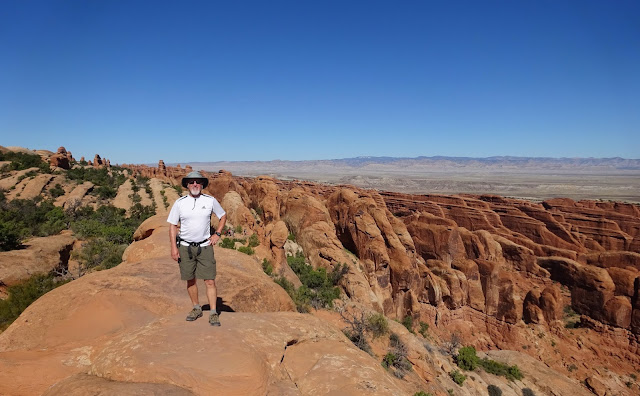 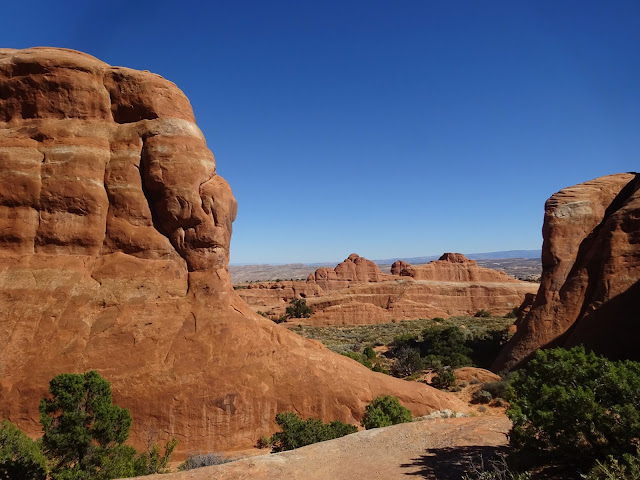 On our second visit to Arches we hiked the Sand Dune/Broken/Tapestry Arch Loop as a prelude to a trip into the Fiery Furnace. 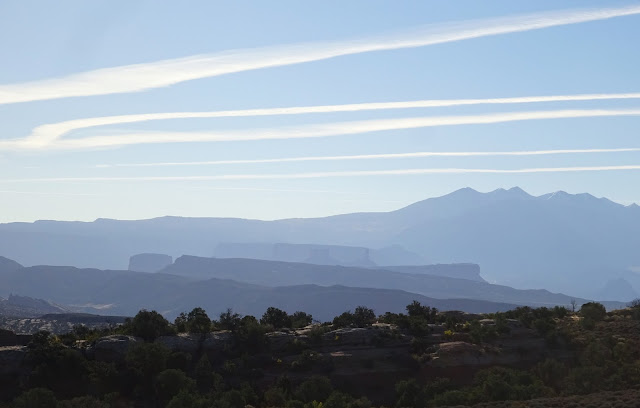 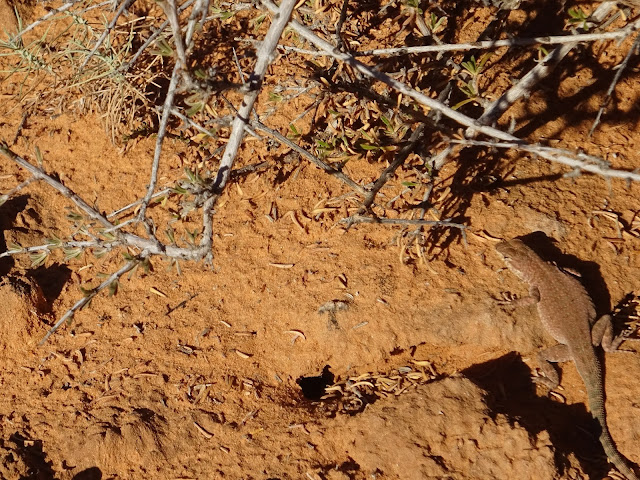 The Fiery Furnace is a natural labyrinth among sandstone walls and access is limited to 100 persons per day. There are three options for entering the Fiery Furnace: take a ranger led hike for $16, obtain a personal permit for $6, or take a tour with a private company for $89 (at least one company charges this rate).

Being low budget travelers who like to travel at their own pace, we chose the personal permit. We had to watch a short video detailing the rules for Fiery Furnace with a brief quiz afterwards by the ranger before we were issued the coveted permits. Basically you can only walk on slick rock or in washes to preserve this delicate environment.

There are many dead ends in the labyrinth so steps are retraced often and it can be easy to get disoriented. There are no trails or markers of any kind so it's important to carefully observe your surroundings so you can find your way out.

We were told not to follow groups, that we should respect each others space...but we think the main reason is that some people are paying a lot of money for their tour so it's not fair to just tag along if you haven't paid for the talk! 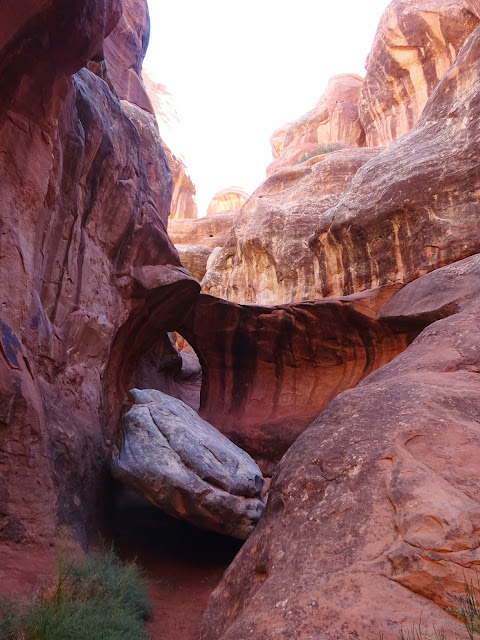 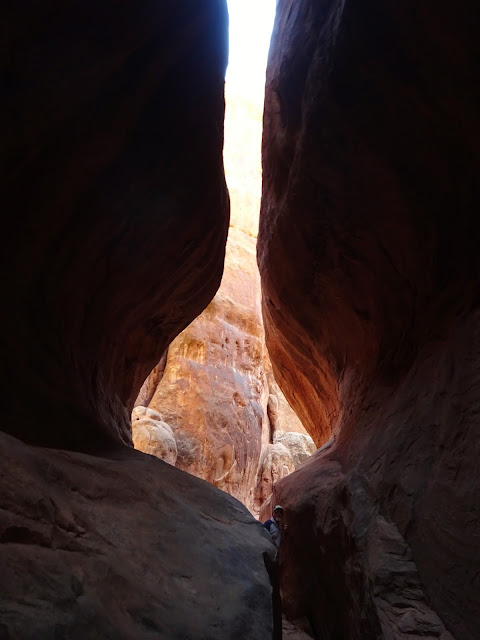 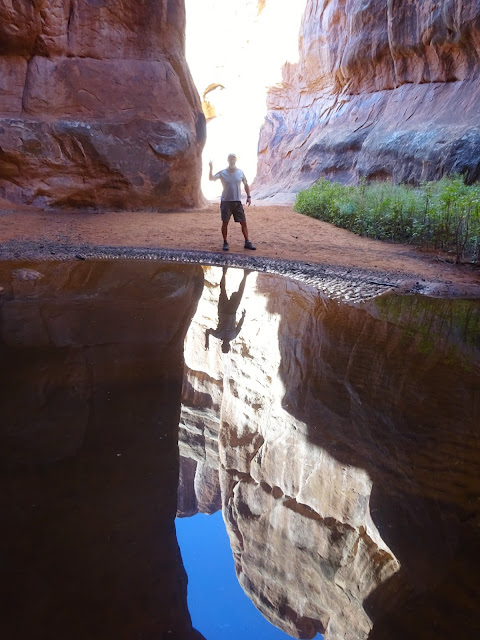 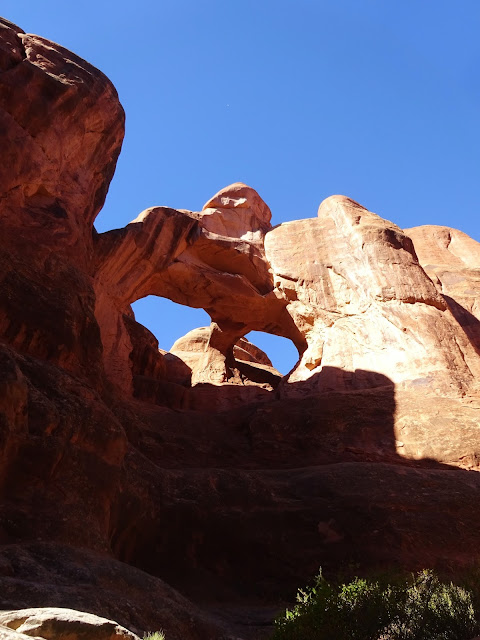 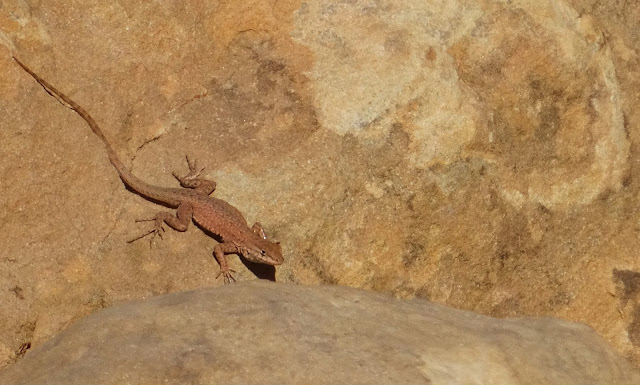 Arches just may be my favorite National Park so far. I'd love to visit late winter/early spring to avoid the crowds; the only way to experience solitude right now is to arrive very early in the day.

More Moab coming up...!
Posted by Metamorphosis Lisa at 5:15 PM