Our drive from Chico to Grass Valley took us in to the foothills of the Sierra Nevada range at about 2,500 feet of elevation and slightly cooler temps. We stayed at the Nevada County Fairgrounds RV Park, which at $40/night is one of the less expensive RV parks in the area. This is California's gold rush country, a popular tourist destination due to all the history and scenic beauty the area offers.


We arrived on a Saturday and discovered a number of events taking place at the extensive and beautiful fairgrounds. There was an International Harvester Truck Show, a Veterans Stand Down and a Gem and Mineral Show.

Today Nevada City has about 3,000 inhabitants, down from the boomtown population of 10,000 in the mid 1800's. Only five miles from Grass Valley, Nevada City is just as historically beautiful and its downtown has slightly more upscale shops and an edgier vibe. 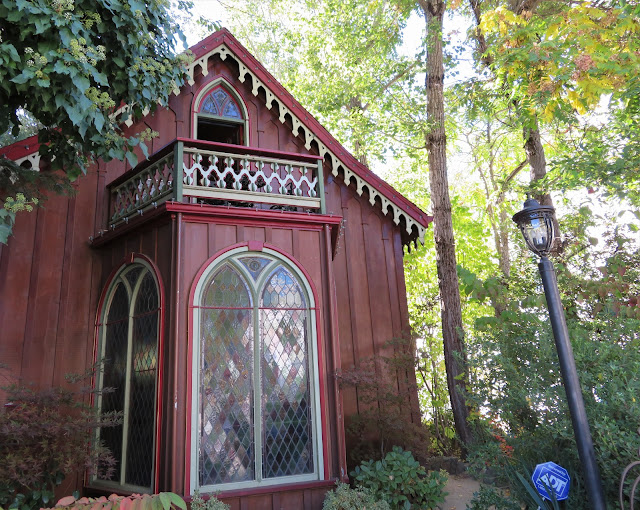 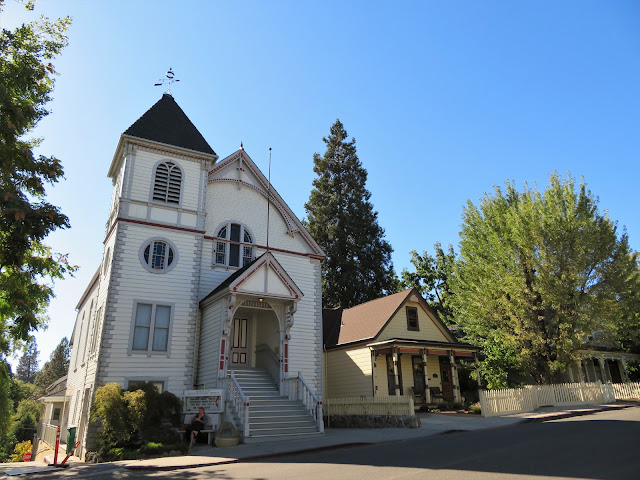 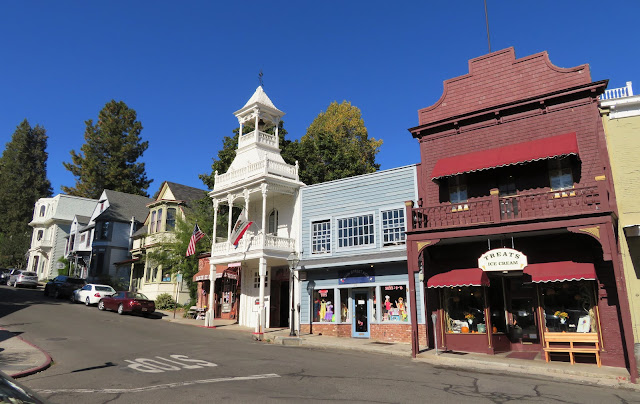 One of the largest historical sites in the area is Empire Mine State Historic Park. The Empire Mine was once California's richest gold-producing mine and was active for almost 100 years. It has 367 miles of mine shafts, up to 11,000 feet deep. The park's visitor center has an impressive scale model of the entire mine along with a detailed audio description of the mine's evolution.

Though mining began at Empire around 1850, the mine did not begin to prosper until William Bourn, Sr. acquired a controlling interest in 1869. His son, William Bourn, Jr., later brought the mine into another profitable era and also built a grand "cottage" and formal gardens on the site for his family.

The cottage and mine sites are enclosed in a fee area, but there are also miles of trails in the state park that are accessible for free. Dogs are allowed on all park grounds. 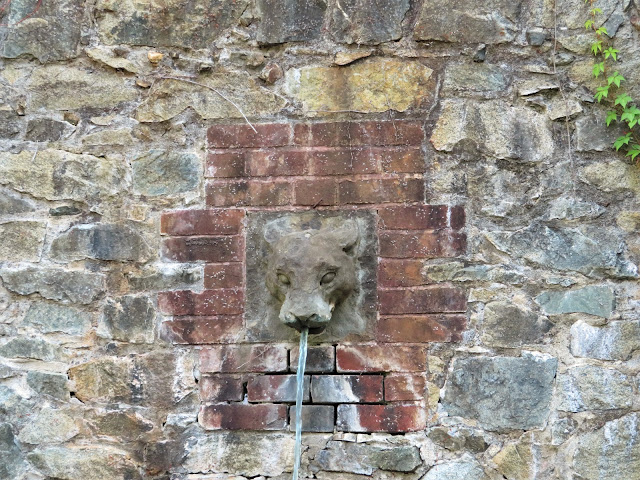 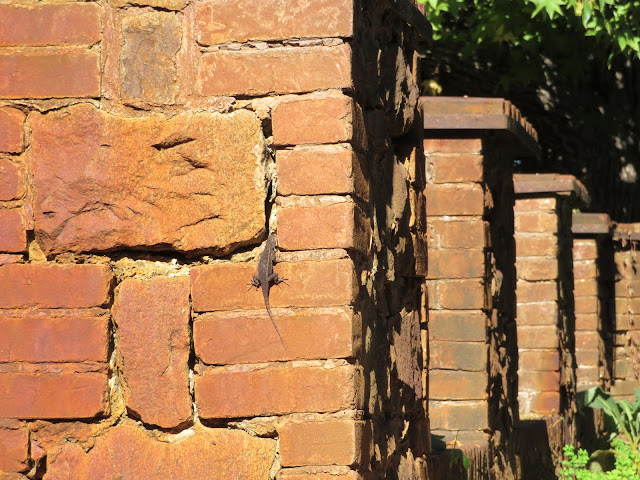 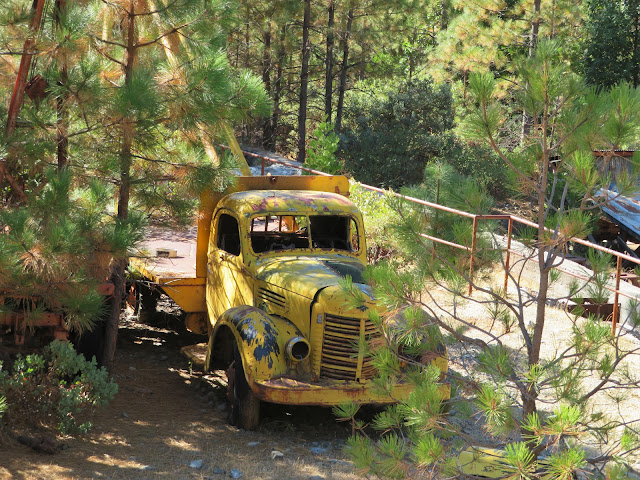 I remember seeing an "extreme" fire danger warning sign as we arrived in Grass Valley and with the hot dry weather and increasing winds we knew to be on the lookout for fire. On our second night the wind picked up dramatically and when Hans looked outside at midnight he saw our chairs being blown about. When he went outside to gather them he saw a large fire burning across the road from the RV park, about 100 yards from us. When he called 911 he was told help was already en route.

We quickly packed up the RV, hitched up to the truck and sat in the truck watching the horror unfold in front of us. If the wind were to change direction we needed to leave immediately...the Ponderosa pines between us and the fire would be a tinder box.

Over the next four hours we watched the wind ebb and flow, fortunately for us continuing to blow in a SW direction, keeping the fire away from us. We watched two buildings, though right next to each other, burn up about an hour apart. We saw giant Ponderosa pines explode into flaming torches. We heard dozens of explosions, probably propane tanks, fuel tanks, and other combustible items as the fire moved SW fueled by the wind. We saw a broken power line sparking on the ground. We saw horses being led by flashlight around the pond to the fairgrounds stables. We saw dozens of evacuees heading north out of the danger zone and dozens of first responder vehicles heading south into the fire zone.

By 6am the fire was contained and had burned about 200 acres. Another larger fire was burning about 10 miles west of us. Over the course of the morning the fairgrounds where we were staying was designated an evacuation point for animals and a staging area for CalFire.

We learned the fire was started by the broken power line we had seen the night before...right across the street from our campsite. With no power, smoke beginning to settle in the area, and lots of displaced people and animals and first responders descending on the fairgrounds it was time for us to move on.

We were so grateful to have suffered only a sleepless, scary night...so many other people are dealing with fear and devastating loss in the many fires across northern California.

Posted by Metamorphosis Lisa at 3:01 PM