We hiked a doozy of a trail in red rock country. Bear Mountain Trail is only about 2.5 miles long, but you gain almost 2,000 feet of elevation in that stretch and it's mostly stairs. Stairs with views to die for, literally, if you lose your footing!

The trail takes you up rocky crevices to each level of the terrain. So you ascend for a while then get a nice little breather as you traverse the next plateau, before doing it all over again on a different kind of rock. It's steep, but across a lot of good, grippy sandstone...the kind of surface your hiking shoes like!

We both felt that the summit was anticlimactic. Too many bushes made the views rather inaccessible. If we did this hike again we'd stop at the last obvious, beautiful viewpoint instead of making the final loose dirt/rock scramble to the top. 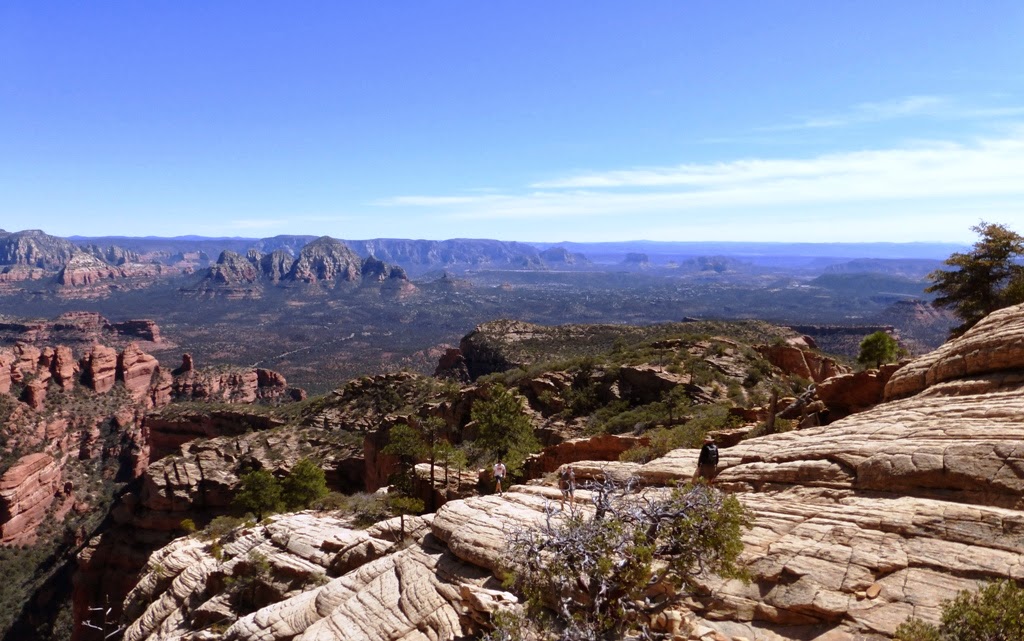 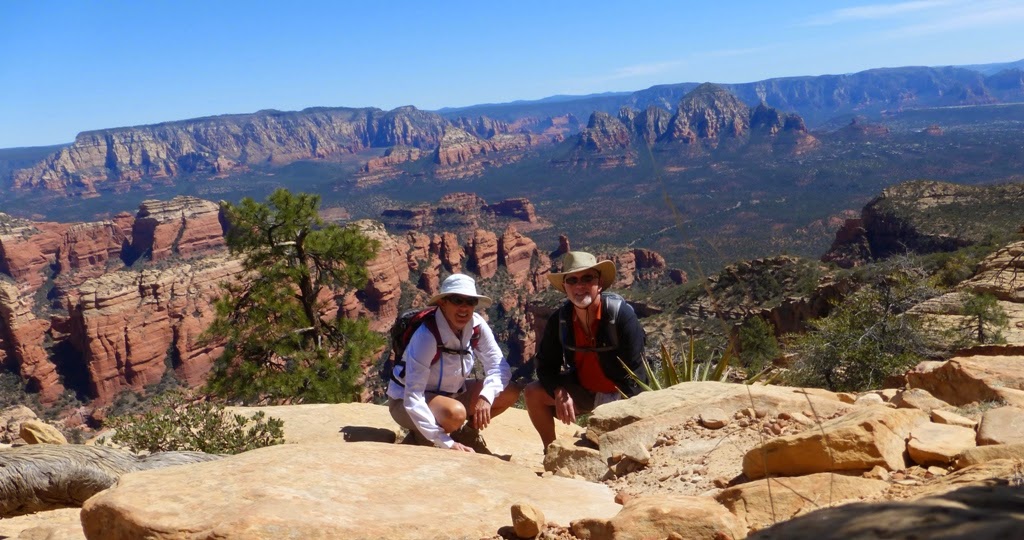 Bear Mountain is an awesome hike in this beautiful pocket of the South West!

Posted by Metamorphosis Lisa at 7:00 AM