The city of Boise and its surrounding communities along the river have created one of the most lovely urban parks I have ever seen, the Boise River Greenbelt. The link says it is 22 miles long, but I have also read 27 and 30 miles, so it has probably grown over time through offshoots into neighborhoods and County growth along the river.

This morning we biked 24 miles of the Greenbelt, and what a beautiful ride it was! Gourmet urban paved trail at its very best! The trail is open to bikes, walkers and runners (and skate boards and roller blades, but we didn't see any) and meanders along the river, through multiple city parks and natural areas.

All along the trail are secluded seating areas nestled into the bushes overlooking the river, or in serene grassy coves, and among gorgeous trees. Bridges cross the river and small tributaries occasionally. Houses and condos back up to the path at intervals, and the trail passes through downtown as well as Boise State University, making it a well used commuting path during the work week.

There was plenty of shade through the Northern portion of the trail, making it popular on this sunny, summer Saturday morning.

The trail opened into a more natural setting at the Southern end, with views of the surrounding foothills and further to the Boise National Forest. 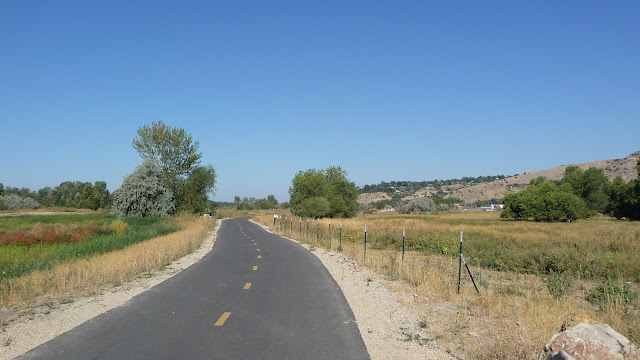 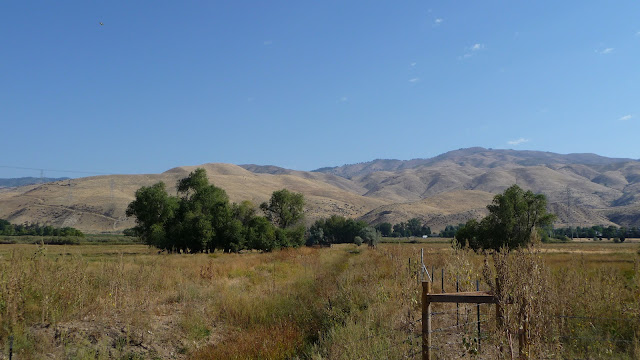 At the Southern end we crossed the river at Barber Park and made our way into the Bown Crossing neighborhood, where we had been told were several excellent options for lunch. We chose to eat at Boise Fry Company, where they specialize in preparing different types of local potatoes in several styles of fries. We had a delicious bison burger, quinoa salad, and some delicious fries with 3 of their many house-made dipping sauces.

We then made our way back to camp...which is right on the Greenbelt Trail. The location of this RV park could not be better for access to everything we need, including the lovely Boise River Greenbelt!


Posted by Metamorphosis Lisa at 1:55 PM