The Uncompahgre River Trail Bike Path is a wonderful paved trail linking the small town of Ridgway, CO with its namesake reservoir a few miles to the North. At the reservoir end there are a few miles of nice dirt trail into Ridgway State Park, where you have a choice of three different campgrounds and all the water sports you can think of. We chose to park sort of in the middle at the Dennis Weaver Memorial Park, which also has some dirt trails in this 60 acre park along the Uncompahgre River. 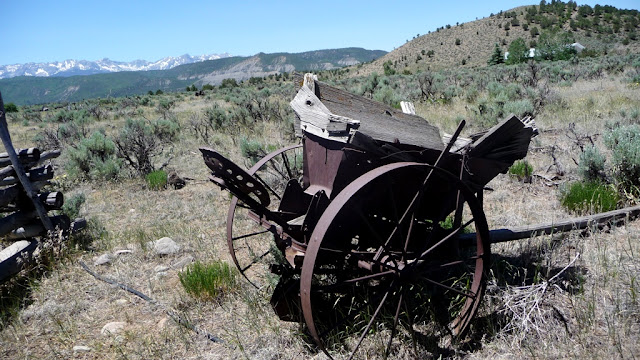 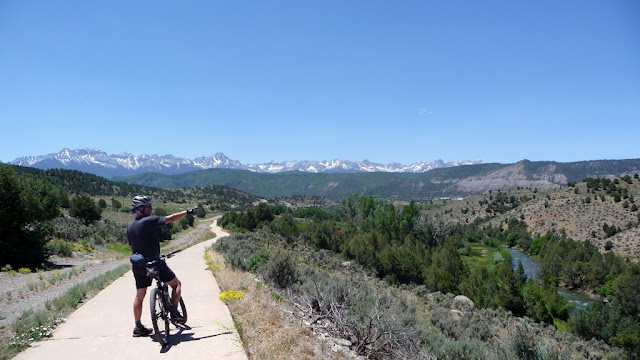 After touring the Reservoir we turned around and headed back to the truck and beyond on the bike path into the town of Ridgway. It's a cute little town with some historical buildings and several restaurants and is a nice place for lunch. 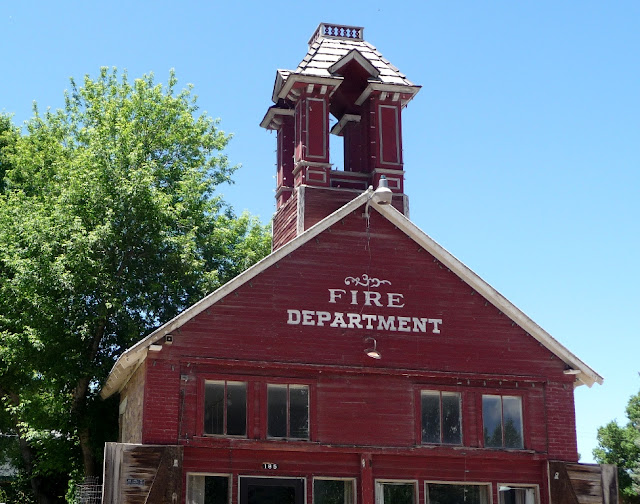 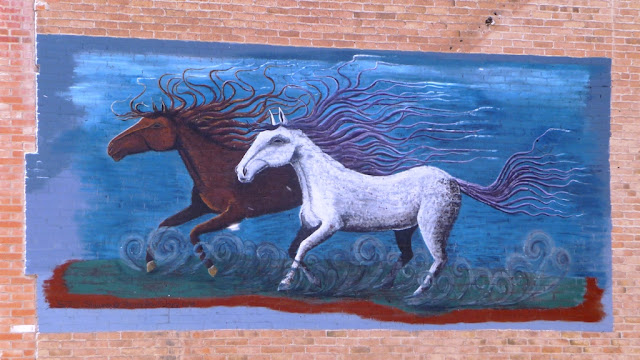 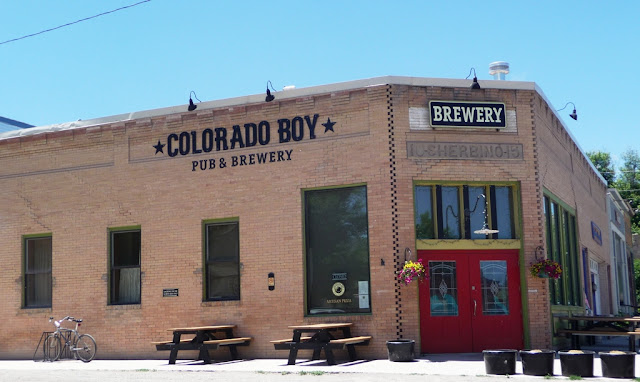 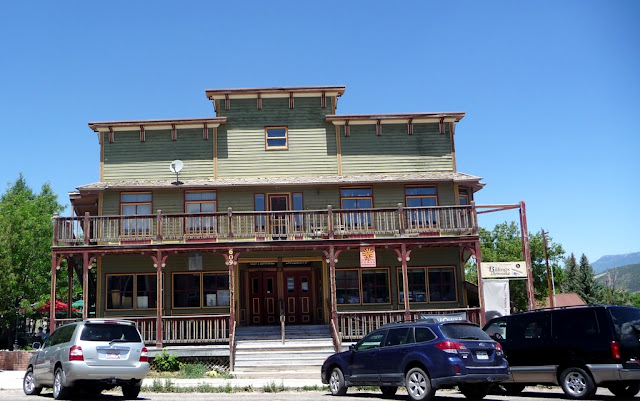 On Thursday nights in June Ouray holds concerts in the park, right across the river from our RV park, 4J+1+1. There's a handy foot bridge at the North end of the RV park so you can easily walk to the park with a folding chair. Food and drink from local eateries is sold at the concert. We really enjoyed the ribs from The Outlaw restaurant. 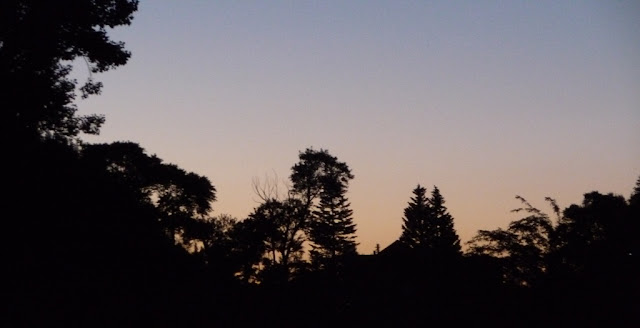 It was a perfect ending to a perfect day in the Colorado mountains.
Posted by Metamorphosis Lisa at 8:47 AM